Posted by Leif Olson on Wednesday, November 4, 2020 at 3:05 PM By Leif Olson / November 4, 2020 Comment
This will be a dramatic, different selling season during this holiday season... probably in all of history.
My name is Greg Hamre from RE/MAX Affiliates in Ottawa and the Hamre Real Estate Team.
I just wanted to give you a little snapshot of what's happened in the Ottawa real estate market as of the end of October. We're now in November, and you can see there's no snow here.
You can see landscaping, you can see sidewalks, you can see interlock. I was showing a property, today with a pool in it. You could see decks and hedges. Now the leaves are gone. You have a real open concept of it.
The market activity is not normal for November, and we don't expect this to slow down.
Even through December!
Sales for October are up 34% compared to last year in October.
☀️The weather is fantastic.
People are out, there's no snowstorms slowing us down. We're not getting the hurricanes and the weather that they're getting down south, streets are bare and people are out there.
New listings continue to appear, an un-normal amount of listings for November kicking off the beginning of November.
We're averaging a deal a day right now. So we're active in that market. Sales are still outpacing inventory for October was down 43% for residential.
It was up slightly for condominiums. The condominium market is not super hot where it was at the beginning of the year.
This is seeing a little bit of a slowdown. Residential homes, especially in the outskirts of the city and the rural areas, especially in the luxury market.
✨The luxury market continues to lead the way for the Ottawa market. In some neighborhoods, it's up well, over 50%.
We're seeing closing dates that are normally quick closing in this time of year. Normally when you're selling a house in October, November, December, it's all quick closings.
⛄Everybody wants to be in before the snow and before Christmas. It's, quick closings normally at this time of year, but we're seeing inventory sellers are pulling their listings early.
They're saying I'm not waiting till spring of next year or until the new year their inventory is coming on.
What was expected for 2021 is being pulled into the fourth quarter of this year.
So we're seeing activity where these sellers are closing in January, February, March, which is not a normal closing time for the Ottawa real estate market.
❄️Most people don't want to close in the snow, but there's so much pressure on the market for inventory that we're seeing these closings.
We have lots of closings already lined up for the first quarter.
Condo pricing is up. I mentioned to you pricing, in general, is up.
So condominiums are up year to date in the Ottawa market by 16%, residential homes are up 25%. It depends on the neighborhood.
Some neighborhoods are up double that some neighborhoods are up 50 plus percent.
And again, we're seeing that out where people are looking for more space and for larger homes, the luxury market, especially.
The next 60 days are beyond normal. I approached that at the beginning of my video here that in the next 60 days where it normally slows down.
After Remembrance Day people start to start to decorate. That will not slow down the market this year.
If you're selling your home, people want to see how it looks decorated. So don't be afraid to list in December this year. We're not!
We usually hold our listings off in December and push them into January. We won't do that this year. We're going to continue to put new inventory on the board.
We have lots of new stuff coming on this week and next week already planned, but we're pulling inventory early and we're going to continue to push. It's just that kind of market. It's not a seasonal market.
There's less distraction. Kids aren't doing their holiday plays at school, the Christmas concerts, the office parties will not happen.
So we're going to see an influx that could continue right through November and right through December.
☎️If you need more details on the market, or if you'd like a market update, please reach out to me.
My name is Greg Hamre from RE/MAX Affiliates in Ottawa and the Hamre Real Estate Team in Ottawa.
We hope to see you soon. Take care. 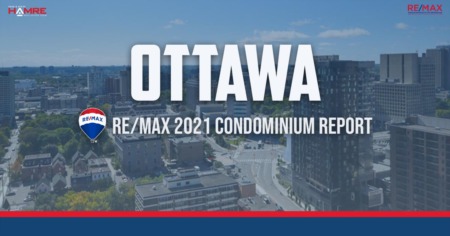 The Ottawa Condominium Market is firing on all cylinders! Real Estate prices in Ottawa are increasing. With an expected increase of 4% in the final ...Read More 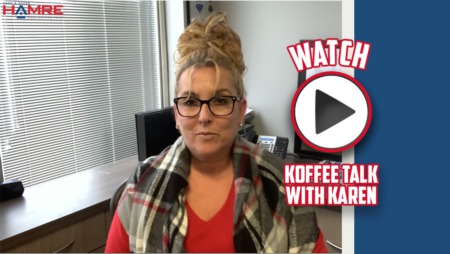 Koffee Talk With Karen Have you been keeping up with the Ottawa real estate market? I thought now would be a great time to catch you up on the ...Read More 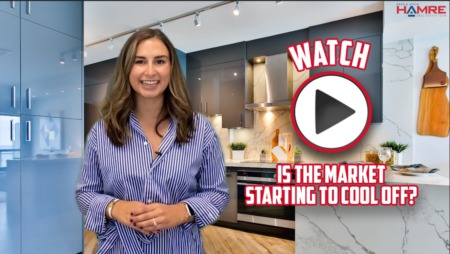 The Next 75 Days in Ottawa Real Estate

It’s The Biggest Topic in Real Estate…    ....Is The Market Starting To Cool ...Read More