Have You Ever Felt Homesick?

Posted by Leif Olson on Thursday, April 1, 2021 at 2:14 PM By Leif Olson / April 1, 2021 Comment
Have you ever felt HOME SICK....
....feeling that you do anything just to return to your roots?
❤️Well, my clients have just sold their home and are no longer home sick.
They're heading home after a career with DND.
They are finally heading back to their original homesteads in a town that they have family and friends, and I couldn't celebrate more with them tonight then.
After the sale of their property, which is a wonderful story, being homesick or trying to get home, especially for our people in the service industry, in the service business, supporting our country is, is a major sacrifice.
But when they want to go home and you know, it's a time to go home, it's, it's, it's absolutely thrilling to be part of their journey.
These people, it was a, it was a ⚾ home run in Queensland Heights in the East end of the city of Ottawa, and on a quiet little street.
When I met with them, they called three agents in to interview. And I was the middle agent. I was the third in the middle of the three. So I sat down and we did our presentation and they stopped me at the end and they said, Greg, where's the paperwork we're canceling the other listing agent.
"We want to go with you."
Which was humbling and thrilling.
And I said, "listen when you list with us, it's like, you're sitting on a train.  Our systems will kick in. We will communicate with you daily and we'll let you know how the listing is going, what the procedure is, but we'll really take you through the whole journey."
And that includes  staging. I dealing with our best photographer, preparing a video, that really tells the story of their home.
And so we can sell it virtually as well as qualify the buyers coming through the house. So they know ahead of time what they're coming to see. And that's a big deal because you're not leaving, leaving your house for a buyer that isn't qualified.
That's important to a lot of people, especially when you're selling, but these people here jumped on board.
The photography went really well. The video had thousands of showing a video viewings of it. We sold our house. Uh, we, it took us a week to prep their house and a week to sell it.
The process took two weeks communicated daily! Tonight, they were in tears.
When we put this SOLD sign up on their house sold for just over it sold for a hundred thousand plus, but it was at a new price point on that street. And in that neighbourhood that that neighbourhood hadn't seen before. So it wasn't like we under priced it.
We put a new price on it and we still exceeded everyone's expectations.
They're going home. They're thrilled. It's, it's a, it's a wonderful story, but it's. It's going the extra mile.
✅And in the list price, it wasn't a list price that was fabricated that had made no sense.
It was a list price that made sense. And then we got multiple offers on it.
We had lots of eyeballs on it, lots of showings, and just a few days thrilled for these people that are heading home, after a great career at DND in the military, we were really happy to be a part of their journey.
Exciting to sit down with us or do a consultation or listing consultation, please reach out to us.
☎️Please reach out to me directly or call us at at (613) 841-2111.
Visit our website www.WeKnowOttawa.com
It was just like being on a train ride for these sellers.
And we were excited to be part of their journey all the best to you.
Have a great evening.
Thanks for watching.
My name is Greg Hamre from the Hamre Real Estate Team t RE/MAX Affiliates. Take care!❤️ 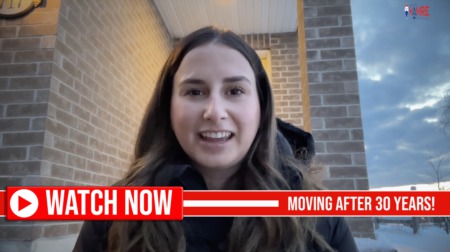 🤩THIS JUST IN... after 30 years✨, my clients are moving from Barrhaven, which is in the South End, Ottawa ➡️ to Kingston for a lifestyle change....Read More 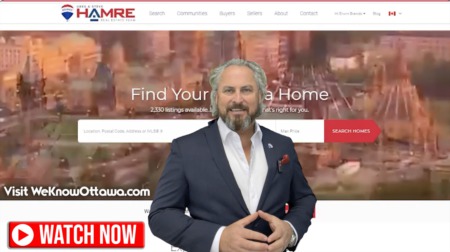 Have you visited our website? 🌐🔑   👉If you've not been there yet, check out -WeKnowOttawa.com   👨‍💼If you've already been ...Read More 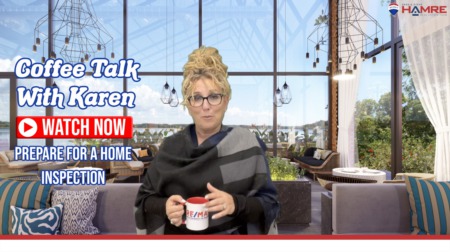 Coffee Talk With Karen - How To Prepare For A Home Inspection

You have a conditional offer and one of the conditions include an inspection. What does that mean for a seller? How does a seller prepare for the ...Read More 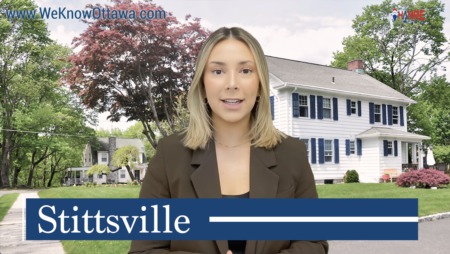 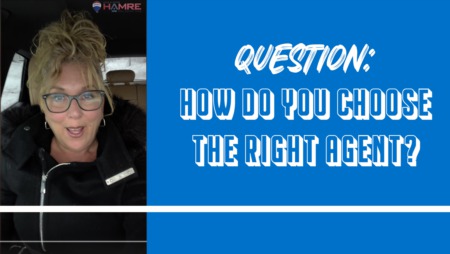